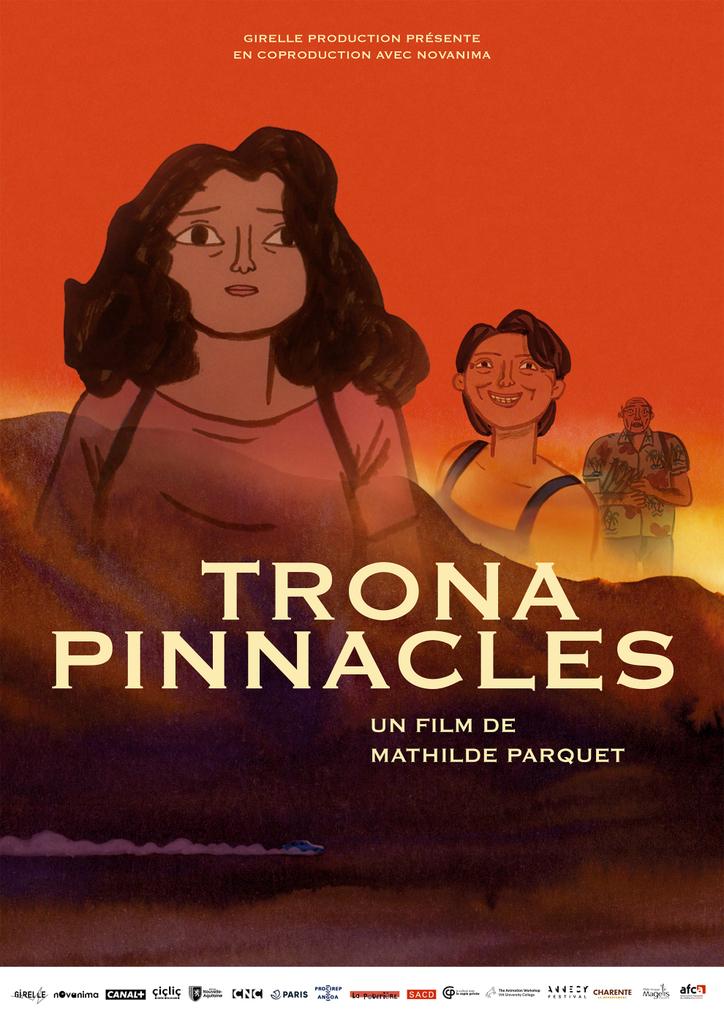 With Trona Pinnacles, her first short film, Mathilde Parquet has established herself as a voice to watch in French animation. From drama to fantasy, she has created a sensitive and scholarly work that touches the heart.

A passion for animation

After graduating from EMCA, (the École des métiers du cinéma d’animation d’Angoulême), Mathilde Parquet produced her first graduate film, Louis. The following year, she studied at the Poudrière school where she directed Claude in 2014, as well as Petit homme, in 2015, for which she was selected in competition at the Annecy International Animation Film Festival in 2016. Specialising in 2D and volume, she created the short film Trona Pinnacles in 2020 as part of her residency at CICLIC (regional agency of the Centre pour le livre, l'image et la culture numérique) and at the Open Workshop in Denmark.

Produced by Girelle production, Trona Pinnacles is a road trip through the landscape of the Grand Canyon imagined by Mathilde Parquet. Inspired by her own experience, the young director wanted to tell the story of a teenage girl's holiday with her parents who are in the midst of separating. In the heart of this immensity, everyone seems to want to escape from the undeniable communication difficulties. While the situation seems impossible to diffuse, it takes an unexpected event to challenge their certainties and find more peaceful dialogue.

Between painting and cinema

In this first short film, Mathilde Parquet demonstrates a sensitive and singular personality, which allows her to touch on a wide range of emotions. Somewhere between drama and fantasy, she observes an event from her own history, letting her experience speak for itself and drawing inspiration from painters such as David Hockney or Emil Nolde. Rich in cinematographic references, Trona Pinnacles also borrows from films set in the desert such as Paris, Texas, by Wim Wenders, Bagdad Café, by Percy Adlon or Mad Max: Fury Road, by George Miller.

Widely acclaimed for its originality and the liveliness of its art, Trona Pinaccles has made an impression at many festivals around the world (New York, Brussels, Lisbon, Kiev, Zagreb). It won the Grand Prix of the Jury for animated fiction at the Festival Premiers Plans in Angers, and was also awarded the Prix des jeunes cinéphiles. Internationally, the film also received a special mention at the Animakom Festival in Bilbao, as well as the Best Short Movie award at the Zabut Festival in Sicily.

Trona Pinnacles, by Mathilde Parquet, is screened internationally by the Institut français.