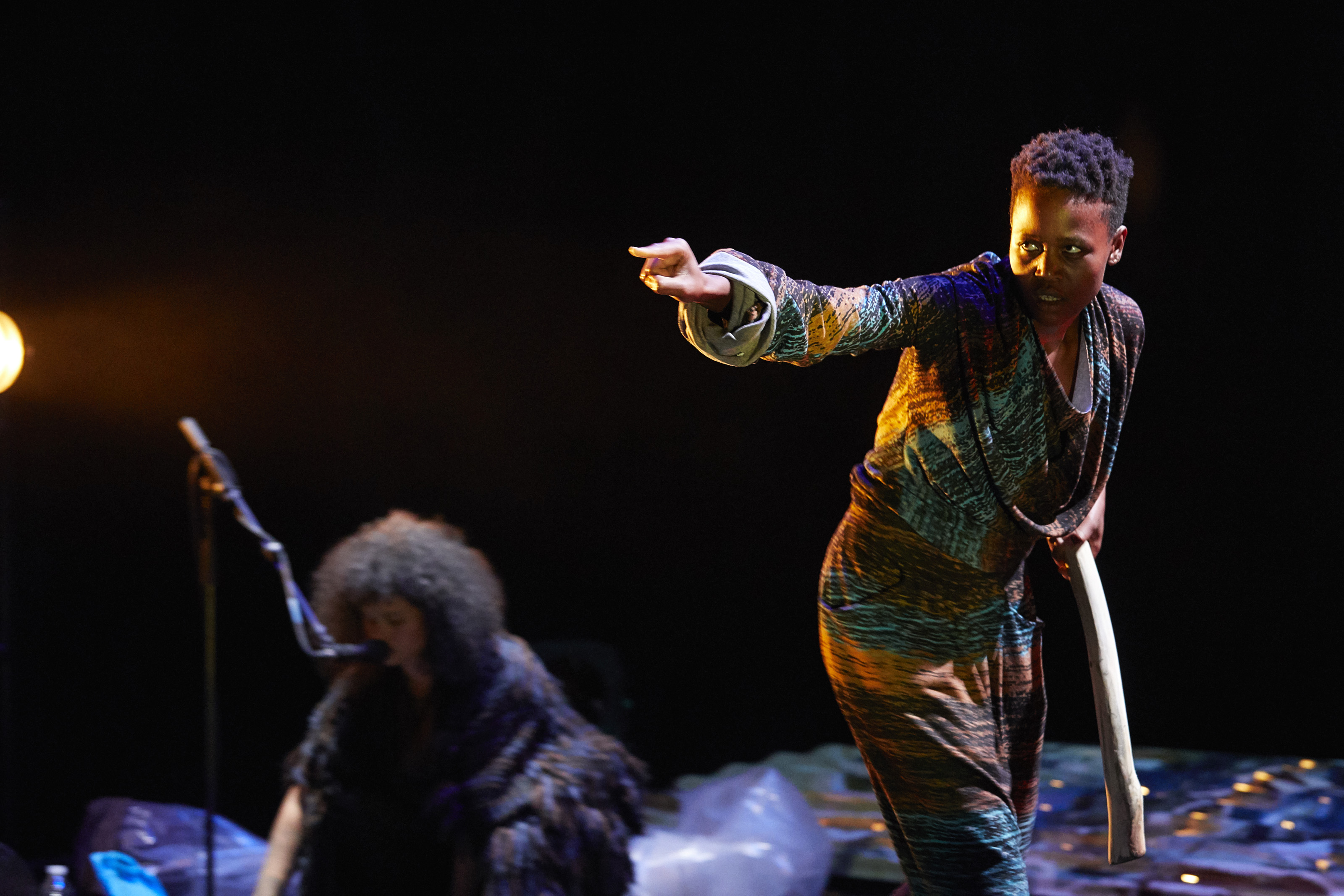 With strength and energy, Unwanted by Dorothée Munyaneza recounts the trauma of wartime rape. The young Rwandan artist gives a voice to women and children who are often silenced.

A survivor of the Tutsi genocide, Dorothée Munyaneza fled Rwanda for England in 1994, at just 12 years old. A singer, musician, actor and dancer, she has devoted her creative energy to recounting the extreme violence she has experienced.

After studying music at the Jonas Foundation in London, in 2004 she composed and performed the score for Hotel Rwanda, a film by Terry George, before creating the Kadidi Company in 2013. The following year, she staged Samedi Détente (“Saturday Détente”), a show that discusses the massacres, through dance and song, and is partially based on her childhood memories.

Unwanted, released in 2017, is her second creation.

Unwanted, like the women who are rejected by their communities after being victims of wartime rape. Unwanted, like the unwelcome children born of these rapes. Two groups of “undesirables” that Dorothée Munyaneza brings to the stage, among sets designed by Bruce Clarke, a South African visual artist, with the help of French composer Alain Mahé and American musician Holland Andrews.

Texts and songs, blended with dance, express the estrangement and, above all, the dignity of these women and their often-forgotten children.

For Dorothée Munyaneza, the desire to create Unwanted was born of a will to break the silence that often surrounds the issue of rape during wartime. With the help of Godeliève Mukasarasi, the founder of the Rwandan victim support association, SEVOTA, she met around 60 women who were victims of the Tutsi genocide.

These women, as well as the children of their rapes, agreed to tell their stories in interviews recorded by the artist. Their testimonials, arranged in a vocal ensemble by Alain Mahé, constitute the show’s chorus.

First presented at the 2017 Avignon Festival, Unwanted received a warm welcome from audiences. As demonstrated in a review that appeared in Liberation, the press has welcomed the justice which Dorothée Munyaneza does to the issue of wartime rape, a sensitive subject here discussed with strength and without pity.

After Avignon, Unwanted was performed in Greece and Germany, before crossing the Atlantic to begin a tour in the United States in September 2017, followed by numerous performances in Paris, Strasbourg and Toulouse, as well as Italy and Norway.

Unwanted was presented with the support of the Institut français in Portland, New York, Princeton and Chicago in 2017.

Dorothée Munyaneza continues her collaboration with the Museum for Contemporary Art in Chicago, with a residency from June to September 2019.