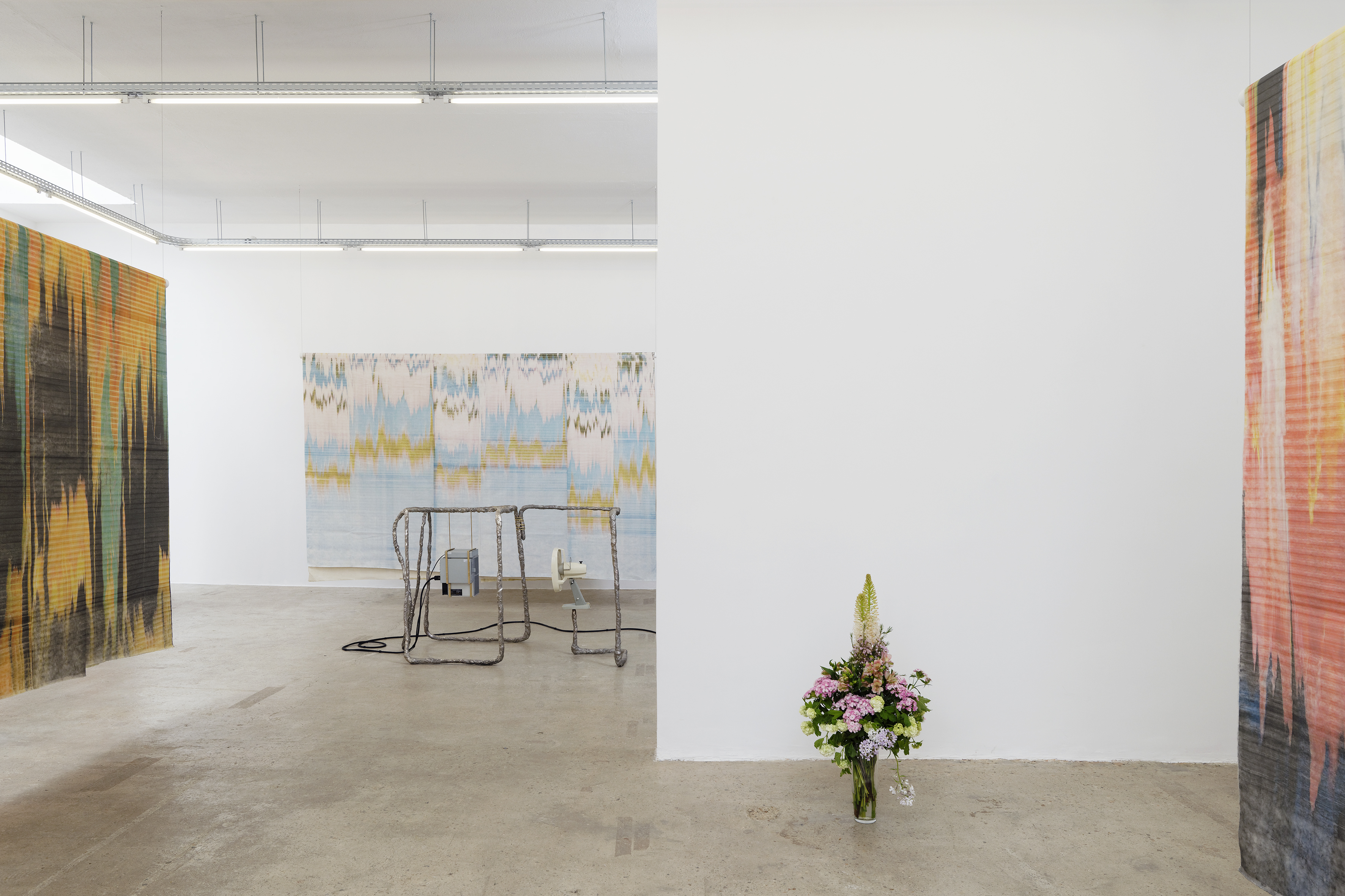 Xavier Antin’s exhibition/installation Vanishing Workflows (Fleurs de Singapour) was on display at the Crèvecœur gallery in Paris from 17th May to 20th July 2019. Exhibited in the form of a hanging tropical garden, the work grows at the pace of the machine running at its heart.

Between graphic design and visual arts

Born in Paris in 1981, the artist Xavier Antin interrogates the methods used to produce images, from their appearance to their circulation in post-industrial societies. A graphic designer by training, he is a graduate of the EnsAD (École Nationale Supérieure des Arts Décoratifs in Paris) and the Royal College of Art in London. Through digital technologies, he explores new ways to produce images and create paintings, drawings and three-dimensional compositions. Created using complex processes, his machines and his images are often presented together in his installations.

Xavier Antin lives and works in Paris, and has been represented by the Crèvecoeur gallery since 2014.

Like a hanging landscape, large, colourful tapestries form a strange floating garden, inhabited by a metal sculpture-machine placed on the ground at the centre of the exhibition, pulsing at the rhythm of a strange ritual. Here and there, real bouquets of flowers bloom and wilt in the space, creating a microcosm with a balance which is as complex as it is subtle.

Revisiting the theme of floral representations in traditional painting, Xavier Antin composes his own kind of contemporary vanitas, in which he evokes the human condition and the contrast between nature and technology, between the visible and the invisible.

Referencing the first automatic looms created by Joseph-Marie Jacquard in 1801, the printed fabrics that make up the exhibition's landscape were produced on large-format printers by Xavier Antin. Each fabric features a pattern made up of images from films he made in the parks and gardens of the city of Singapore.

Placed at the centre of the exhibition, the “worker (flowers)” sculpture-machine — inspired by “workers”, machines that are perpetually connected to the Internet and generate money via automatic transactions on the Bitcoin cryptocurrency network— occasionally starts up to trigger and fund the delivery of bouquets of flowers.

Adapting the project presented at the Fondation d’entreprise Hermès Aloft at Hermès space in Singapore in December 2018, this Parisian exhibition is also accompanied by a book by the artist, produced between the two exhibitions.

There, Xavier Antin arranges and stages a curious microcosm inspired by the city-state of Singapore, where lush tropical vegetation rubs shoulders with international financial markets.

In 2017, Xavier Antin benefited from the Institut français Hors les Murs residency programme in the United States, where he developed his visual arts practice.