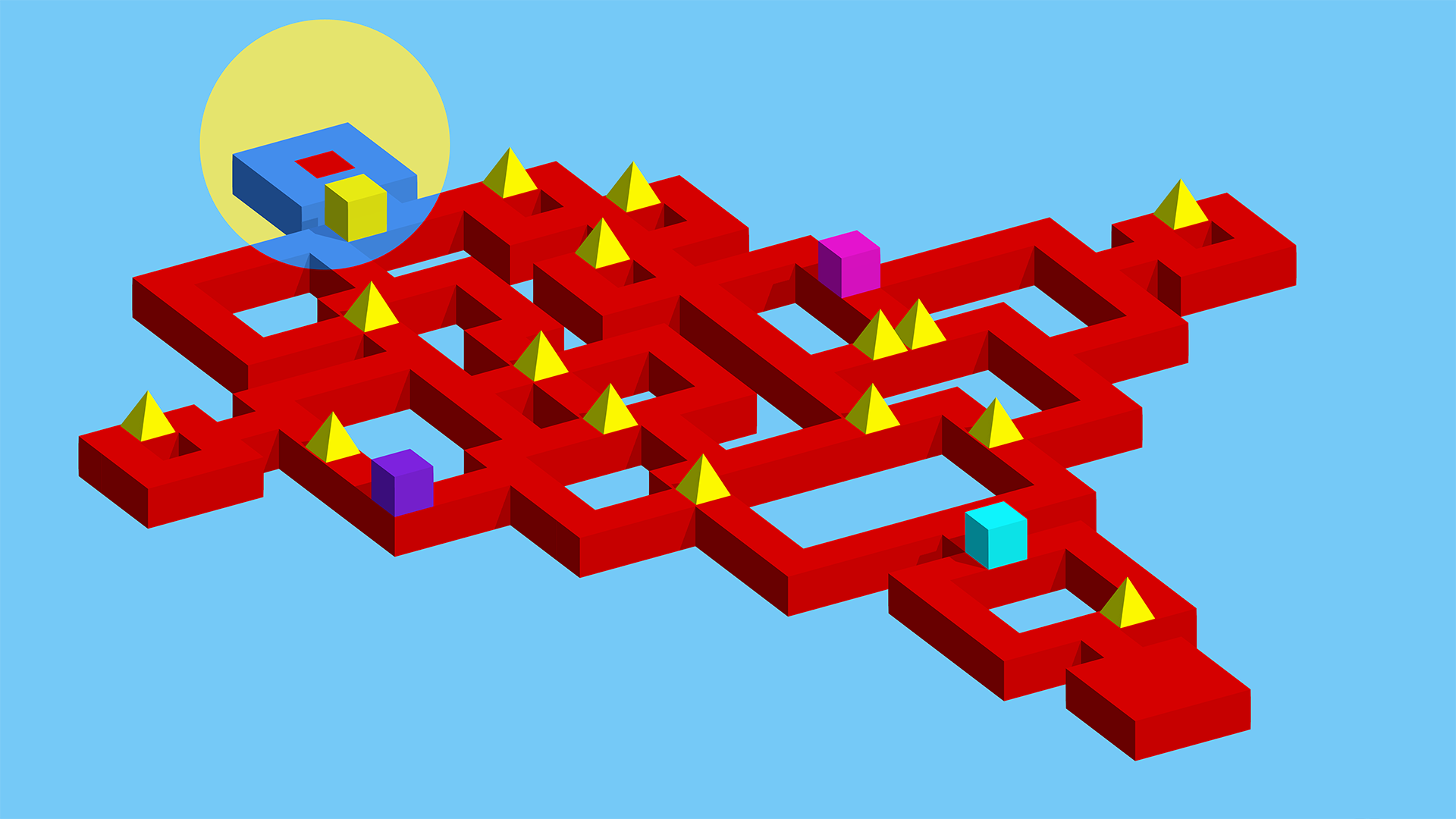 A Franco-German co-production, Vectronom, a colourful and rhythmic game, was praised by the press and the independent scene.

A studio that awakens the senses

The studio is known for its experimental games, combining music and a unique visual style, such as Light Box (2017) or Project MMM (2016), a game of passing aeroplanes through rings in rhythm.

A hypnotic and psychedelic game

Recalling the success of Crypt of the Necrodancer (Brace Yourself Games, 2015), Vectronom is a continuation of Ludopium’s previous experiences, blending an over-the-top soundtrack composed by the young Juan Orjuela with a shimmering aesthetic.

The player moves a cube in rhythm, within very short, geometric and adjustable levels. The goal? To solve these 3D puzzles as quickly as possible. A game of agility, Vectronom requires players to keep pace as most of the platforms move to the beat of music.

The game also offers multi-player mode, allowing four people to walk through the levels together as the music plays.

The prototype of the game was designed through the SpielFabrique programme, which allows companies to benefit from the support of video game experts and renowned partners in the creative industries at an accelerated rate.

Vectronom thus became the first Ludopium video game to be released on media accessible to the general public: Steam, Nintendo Switch and smartphones.

Vectronom, a Franco-German co-production, has received several awards including the title of “Best Game” from the Indie Arena Booth at Gamescom 2018, one of the best-regarded fairs in the industry.

The video game has been compared to the works of Tetsuya Mizuguchi from Japan, known for his avant-garde music games such as Rez (2001), Child of Eden (2011) and Tetris Effect (2018).

Vectronom will be presented on the Institut français platform dedicated to independent video games culturegamer.fr, available at the beginning of 2020.