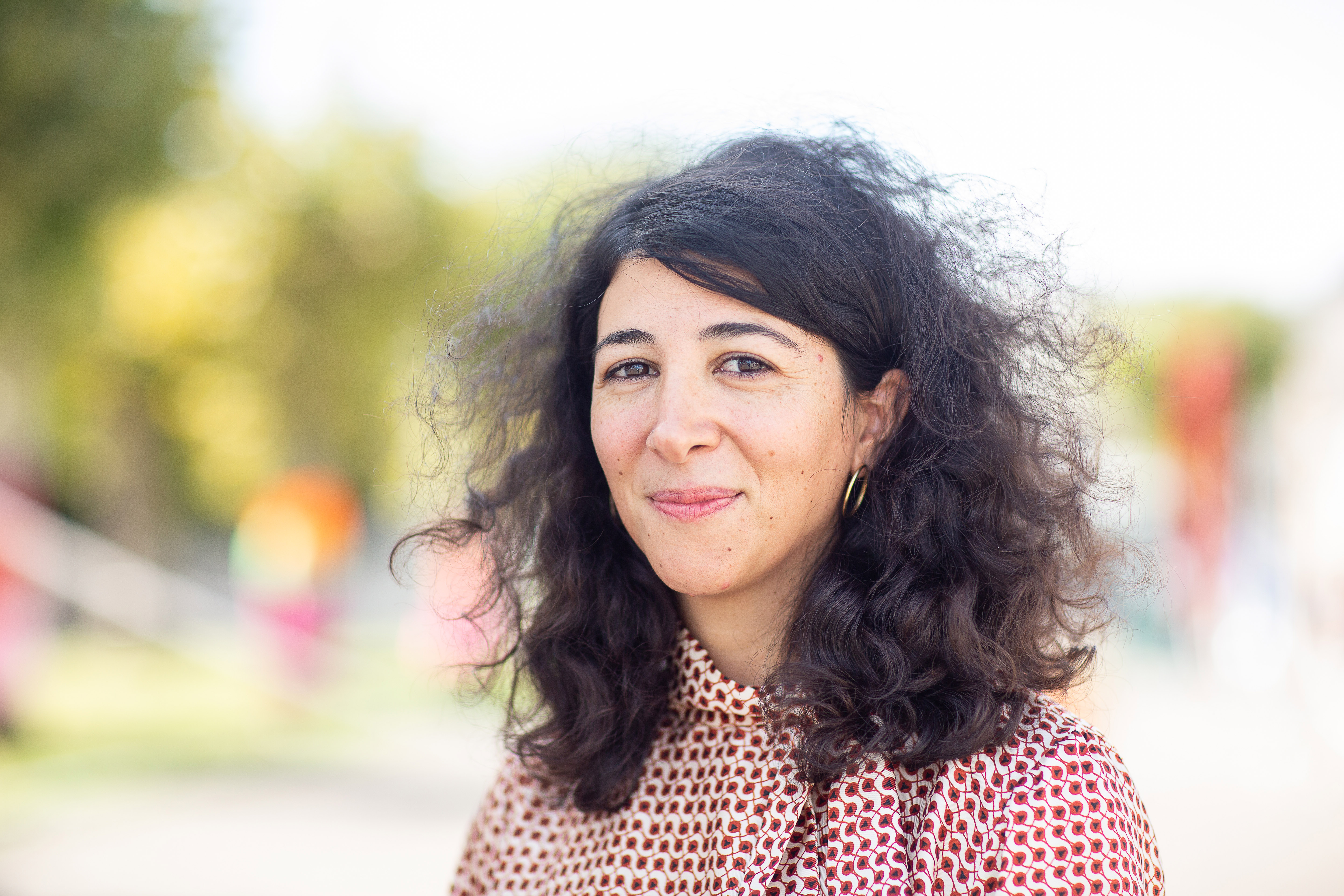 By excavating the rubble of a wounded city, Valérie Cachard creates a powerful, inspiring text that offers us a dizzying dive into the history of Beirut and the whole of Lebanon.

A Lebanese who loved French

The fate of Valérie Cachard, born in Lebanon 40 years ago, is intimately linked to the French language. First of all, she taught it for 10 years at the Franco-Lebanese Grand Lycée in Beirut. Then she appropriated it. In 2010 she published her first play Matriochka ou l’art de s’évider (Matriochka Or The Art Of Getting Lost), then for six years she went to live far from her country, not even leaving Lebanon when it was at war.

This exile was to prove artistically decisive. In 2015, she published a collection of seven short stories, Déviations et autres détours (Deviations And Other Detours), which has been commended in France. When she returned to Lebanon, she and the artist-researcher Gregory Buchakjian continued to explore abandoned buildings in the Lebanese capital. Their seven-year collaboration culminated in 2018 with a performance: La Table des confidences (The Table Of Confidences).

In the ruins of an abandoned house in Beirut, one woman encounters another through her notebooks, letters and objects. She then launches an investigation into the life of the woman, Victoria K, while questioning her own life and the history of the city where they both live.

This literary archaeological dig, which plunges us into the wounds of the inhabitants of a city shattered by war, takes the form of a fragmented monologue, interspersed with archive pieces. A form found in the very title of the work that takes the form of an exquisite body - a blend of fiction, history, introspection and an inanimate element - and that echoes stories that are themselves fragmented, yet put together end up making more than one tale.

The art of decanting

Valérie Cachard wrote Victoria K, Delphine Seyrig et moi ou la petite chaise jaune in two years, after a long period of maturation of seven years and exile (in Paris and Antalya), which enabled her to fulfil this passionate ambition to resuscitate a lost paradise.

When she writes, Valérie Cachard is also an actor: the text already includes breaths, hesitations and fluidity of movement.

An intimate and sociological exploration of Lebanon, the text is enhanced by collaborations with visual artists such as Saïd Baalbaki, for whom she produced Nos âmes en chantier (Our Souls In Progress, 2015).

From Beirut to the USA and Belgium

La Table des confidences, with interactive performance co-created with Gregory Buchakjian, and bearing the unique quality of being experienced each time by a single spectator, is being shown in Lebanon at the Nicolas Ibrahim Sursock Museum of Modern Art in Beirut from 2018. Her Habitats abandonnés, archives (Abandoned Habitats, Archives, 2010-2018) is also being shown in the United States, at the University of California and in Belgium, at Villa Empain in Brussels. At the end of September 2019, Valérie Cauchard received the 6th RFI Theatre Prize for her play Victoria K, Delphine Seyrig et moi ou la petite chaise jaune.

Meanwhile, in May 2019 Valérie Cachard became co-president of the International Commission for Francophone Theatre.