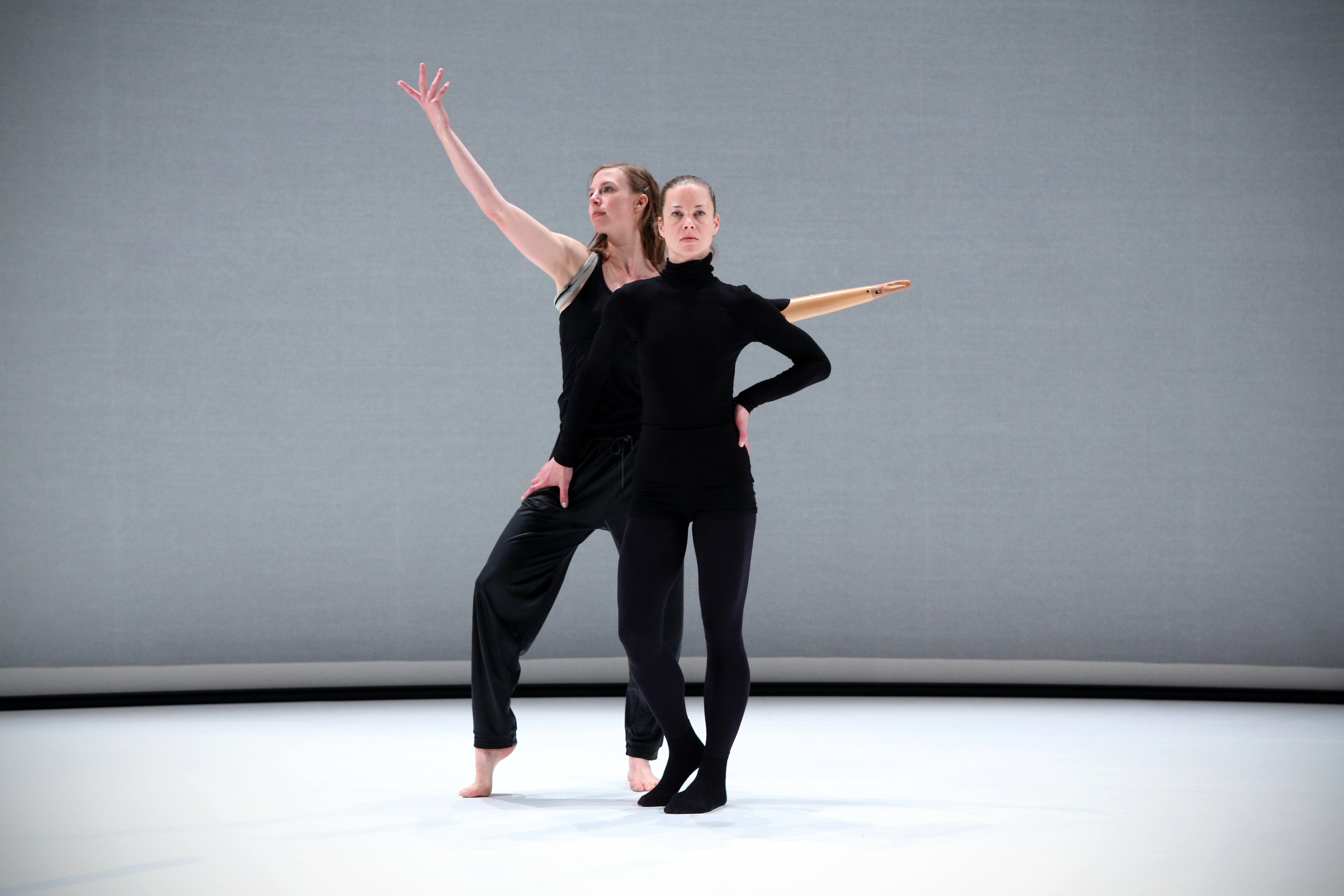 With Wrought, Rachid Ouramdane sketches a modest portrait of two of his dancers. An intimate diptych, in the tradition of the choreographer’s documentary pieces.

Trained at the National Centre for Contemporary Dance in Angers in 1992, Rachid Ouramdane has led simultaneous careers as a choreographer and a performer. His process is based on documentary and video work which leads to the composition of danced portraits.

After exploring contemporary identities using digital tools in pieces like Ordinary witnesses (“Des témoins ordinaires”) (2009) Rachid Ouramdane focused on the motif of accumulation in All around (“Tout autour”) (2014), a piece for the 24 dancers of the Lyon Opera Ballet.

Since 2016, he and Yoann Bourgeois have headed the National Choreographic Centre of Grenoble.

On stage, within the frame of a white cube where two metal platforms hang, Lora Juodkaite and Annie Hanauer alternate their parts. Through two intertwined solos, these dancers with their unique physicalities explore the intimacy of the movements that make up their lives.

The two women are regular performers with Rachid Ouramdane's L'A Company. They had already danced together, notably in Sfumato (2012) and Keeping time (“Tenir le temps”) (2015). In 2014, Rachid Ouramdane wrote Wrought just for them. A choreographic diptych that “wrings” the gaze over their bodies and reveals what propels them.

“I don’t need to hide myself any more to turn... it’s like looking at the landscape through the window of a speeding train,” says Lora Juodkaite. In Wrought, the Lithuanian dancer exposes her addiction to spinning. Her partner, Annie Hanauer, makes the prosthesis extending her left arm dance with grace and mischief.

Inspired by their peculiarities – behavioural for one, physical for the other – Rachid Ouramdane offers his performers an area of tenuous freedom where the history of their bodies is told through gestures, in movements as poetic as they are therapeutic.

Wrought takes its place in the lineage of Rachid Ouramdane's creative process, an artist who is internationally renowned for his documentary work. Since 2016, the show has seduced audiences all over the world, both through its subject and the soberness with which it is treated.

Performed in New York and St. Petersburg in 2016, in 2017 the piece embarked on a European tour which brought it to Portugal, the Czech Republic, Greece, Romania, Albania, Macedonia, Kosovo and Slovenia. A guest at the Trans-Americas festival in Montreal, Wrought then took to African stages, in Senegal, Madagascar, South Africa and Nigeria. 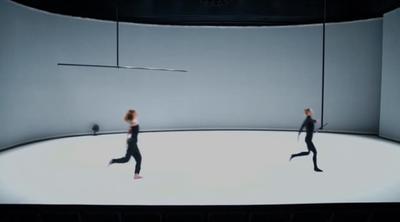 Presented to foreign programmers at the Focus Danse organised in Lyon by the Institut français in 2016, Wrought (Tordre) was invited to tour in China and Japan in October 2018.

In 2017, the work also received support from the Institut français for a tour in South-Eastern Europe as part of FranceDanse Orient Express, a "best-of" of French dance combining internationally renowned choreographers and young emerging artists.