Over the past fifty years, the Pan-African Film and Television Festival in Ouagadougou has become Africa’s largest cultural event. Around 5,500 cinema and media professionals and 20,000 spectators are expected to celebrate its semicentennial, from 23rd February to 2nd March 2019.

Demonstrating the dynamism of African cinema and the FESPACO’s important position on the continent, more than a thousand applications were submitted for this 26th edition, and about 160 films are competing in seven categories. The feature length competition, under the chairmanship of the Algerian Ahmed Bedjaoui, creator and director of the Algiers Festival, will include 20 films from 16 countries.

Among the favourites to win the Yennenga Gold Stallion is Rafiki by director Wanuri Kahiu, a film-event that traces the love story of two teenage girls in Nairobi. Screened at the Cannes Film Festival in May 2018, it was released in cinemas in many countries before being banned in Kenya. It was eventually granted a seven-day reprieve in order to be eligible for the Oscars, for which it was ultimately not nominated.

The only representative of Rwanda, The Mercy of the Jungle by Joël Karekezi, is also in competition. It follows the wanderings of two soldiers separated from their battalion in the mountains at the beginning of the Second Congo War in 1998. This isn’t Joël Karekezi's first attempt either, as the long version of his short film The Pardon (“Imbabazi”), which deals with the reconciliation after the 1994 Tutsi genocide, was presented at FESPACO in 2011.

Three films will represent Burkina Faso: Desrances by Apolline Traoré, who has won three awards at FESPACO in 2017 for Borders (“Frontières”), a feminist road trip; Hakilitan by Issiaka Konaté and Duga by Abdoulaye Dao and Hervé Eric Lengani.

Finally, FESPACO’s support for the younger generations of film-makers is evident in the selection of many first films, such as Until the End of Time (Ila akher ezaman) by Yasmine Chioukh, daughter of the Algerian director Mohamed Chioukh. 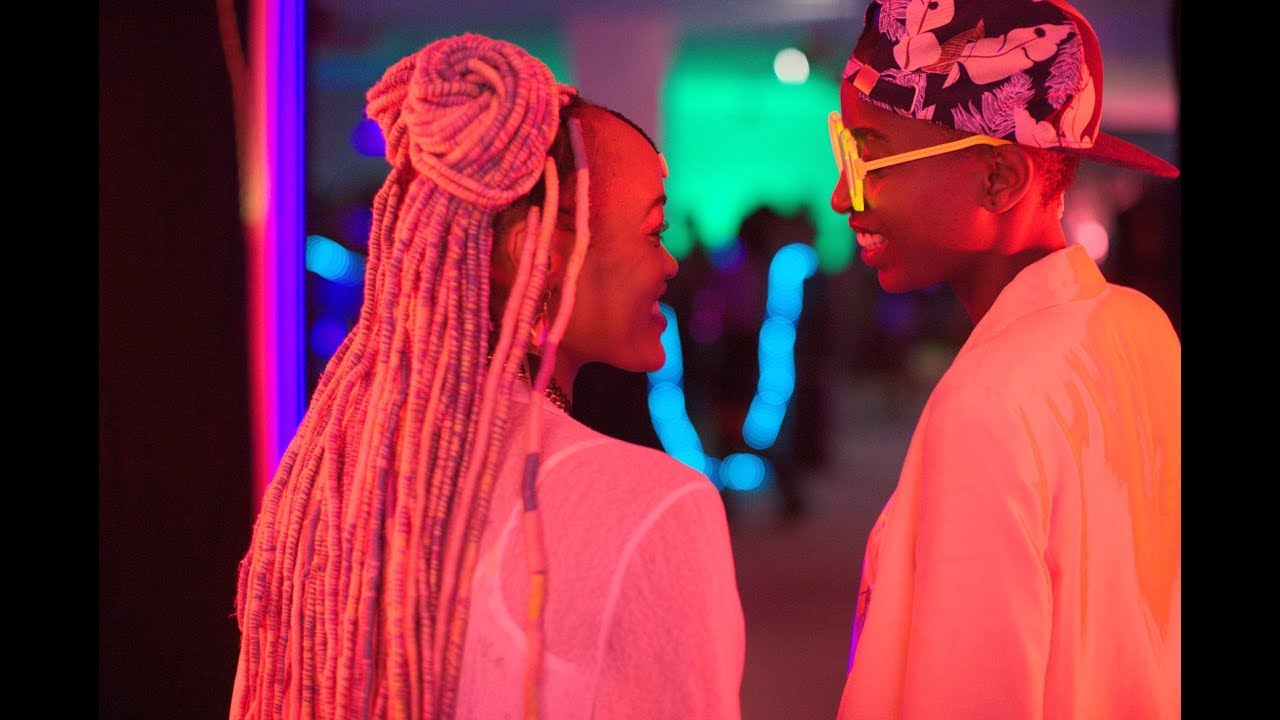 Between the duty of remembrance and the challenges of the future

Founded in 1969, thanks to the initiative of a group of cinephiles led by Alimata Salembéré, a television director who was appointed Minister of Culture in 1983, FESPACO’s primary mission is to promote and disseminate African film productions. The festival also aims to democratise access to African films, particularly for the people of Africa, and to train young people in film-related professions.

In 2019, FESPACO continues to support the rise of African cinema as a means of raising awareness and of education, and in particular as a tool for combating radicalisation and emigration. To this end, documentaries, often shunted aside at film festivals, are given pride of place this year with the establishment of a dedicated category that aims to promote dialogue between generations and between peoples. This is a way of encouraging young people to get involved in the life of their nation, but also of describing today’s Africa for future generations.

At the same time, the duty of remembrance and tributes to past productions will be equally in evidence, with a retrospective of the great African films of the last 50 years and an exhibition of photographs and archival materials retracing the history of the festival. All the films which have won a Yennenga Gold Stallion will also be screened: from the first winner of the FESPACO, Le Wazzou Polygame by Nigerian director Oumarou Ganda which was recognized in 1972, to Félicité by Franco-Senegalese director Alain Gomis, the 2017 winner, which depicts the daily life of a woman in Kinshasa.

Establishing a link between the past and the future is thus the real challenge for the FESPACO semicentennial. In the century of digital technology and artificial intelligence, it is up to African cinema to imagine the future without erasing the past. “An Africa full of hope in a world facing immense challenges", as Burkina Faso's ambassador to France, Yemdaogo Éric Tiaré, stated at the press conference held on 15th January 2019.

The Institut français is a partner of the FESPACO.

Five films have been digitally restored by the Cinémathèque Afrique and are on the festival's programme: Africa-on-the-Seine (“Afrique sur Seine”), by Paulin S. Vieyra (1955), Lamb by Paulin S. Vierya (1966), Return of an Explorer (“Le Retour d’un aventurier”) by Moustapha Alassane (1966), Cabascabo by Oumarou Ganda (1969), The Franc (“Le Franc”) by Djibril Diop Mambety (1994) and The Little Girl who Sold the Sun (“La Petite Vendeuse de soleil”)  by Djibril Diop Mambety (1988).

10 films from the first edition of the festival (1969) are also being screened outdoors at the Mobile Digital Cinema Village and in the working-class neighbourhoods of Ouagadougou. In partnership with the Cinémathèque Afrique, 6 Yennenga Gold Stallions are being broadcast on TV5Monde during the festival.